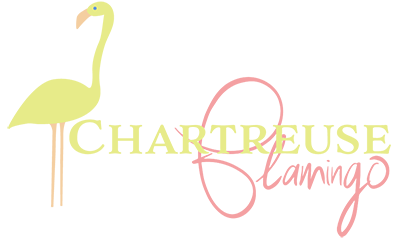 We started planning our next vacation pretty much as soon as we got off the plane in St. Louis After our Barbados trip, we all wanted something more relaxing. Barbados was an interesting place to visit, but the overall trip was pretty stressful due to the driving and being in another country. We had been to Marco Island twice before so we figured it would be an easy choice since we already knew the area. A few weeks before we were scheduled to leave, we heard about the red tide problems in Florida. We did some research and it looked like it was not affecting Marco Island, it was a little bit north. We watched live webcams of the beaches on Marco Island and it looked fine, but there was no way for us to tell for sure and the weather can change so fast so we just had to risk it. When we got there and we were picking up our rental car, the agent asked where we were staying and she said that was good since a lot of the areas close by were affected by the red tide and that Sanibel Island was the worst. She told us that she had just been to Marco Island the past weekend and it was perfect.

We usually stay at the Marriott on Marco Island, but we have gotten so used to the extra space and extra bathroom that we can get with a condo. So we ended up staying at Sea Winds. The condo complex and beach were nice. The actual condo itself didn’t have much living area and the décor was terrible, but the view of the beach was great. The beach in front of our condo was pretty close to public access which made it pretty crowded sometimes depending on the time and day, and then there were times hardly anyone was on the beach. We saw several dolphins swimming as we walked on the beach. We were really glad we did not stay at the Marriott after all. We saw on website that they had a new pool and it looked really cool from above but it’s pretty boring to swim in. I originally thought that they tore out the old pool, but they actually just added this pool. We walked around the property and saw the old pool that I remembered with the small slide and grotto with a waterfall. Both pools were extremely crowded.

We always go on some sort of boat tour on all of our beach vacations. When researching our trip, I found Dreamlander Tours. They had a lot of great reviews and the photos looked promising. My family likes to go on smaller boats with fewer people. One other family of three went on the tour with us. There isn’t really any snorkeling in Florida, so we wanted to go on a shelling and dolphin tour. We went to two small islands to look for shells. The first island had a lot of large seashells and we found a ton of sand dollars. The second island was covered in smaller seashells. Our captain told us that there are usually better shells at a different time of day when the tide is out. We went by the dome homes and our captain told us the story about them.

After we went to the two islands to look for shells, our captain drove us around looking for dolphins. He was determined to find some before he took us back. We finally found a pod in the last spot and they followed the boat for awhile and played with us. Our captain said that dolphins love to ride in the wake of the boat since it requires very little effort from them. One dolphins was spinning in the water and riding along on his back. It was a really great boat ride, but be aware that you will be drenched by the end of the trip. Water just flies up over the front of the boat when it goes over even a small wave, but since it was hot, we didn’t mind it.